To support the completion of the 200+ mile Emerald Network, the Greenway Partners Program works with community partners to obtain capacity-building aid in advancing proposed greenway projects. Beginning in 2015 with six original partners, the program has grown to include eight partnerships of varying degrees of feasibility, design, and construction.

Through the Greenway Partners Program, LivableStreets provides technical assistance to each of the partners. The support is customized to fit the unique opportunities and challenges posed by each community, and includes a mix of fostering community engagement, developing design concepts, commissioning feasibility studies, hosting community workshops, and building public and political support.

Keep reading to learn more about the projects we’re advancing with our Greenway Partners. 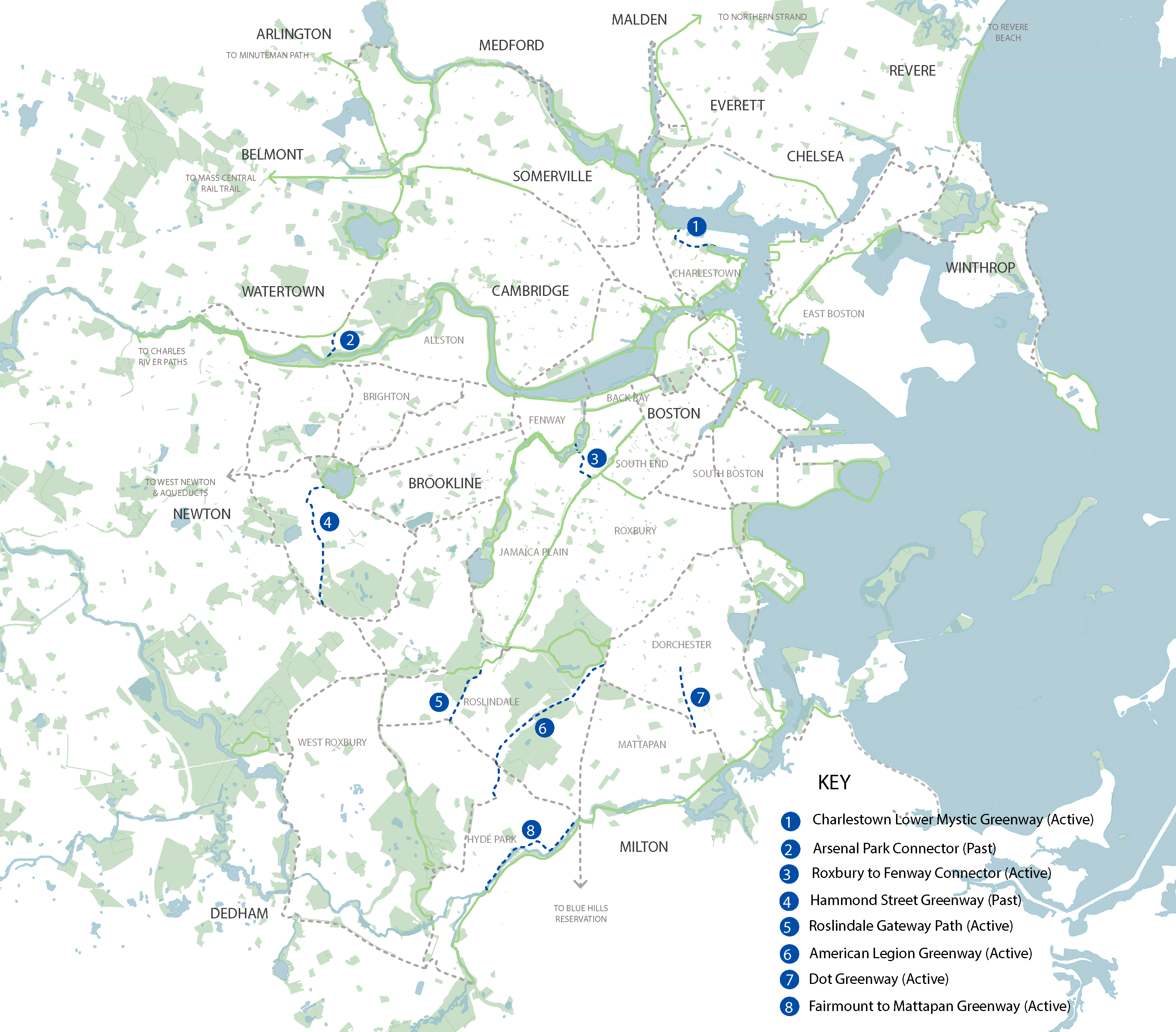 Is there a greenway project happening in your neighborhood that could use the support of our Greenway Partners model? Contact Program Director Ambar Johnson for more information: ambar@livablestreets.info.