In 2019 we will be focusing on moving projects forward in three priority areas across Metro Boston. Each of these areas represents a crossroads of multiple greenways, which when connected, will have a profound influence on access around the region. 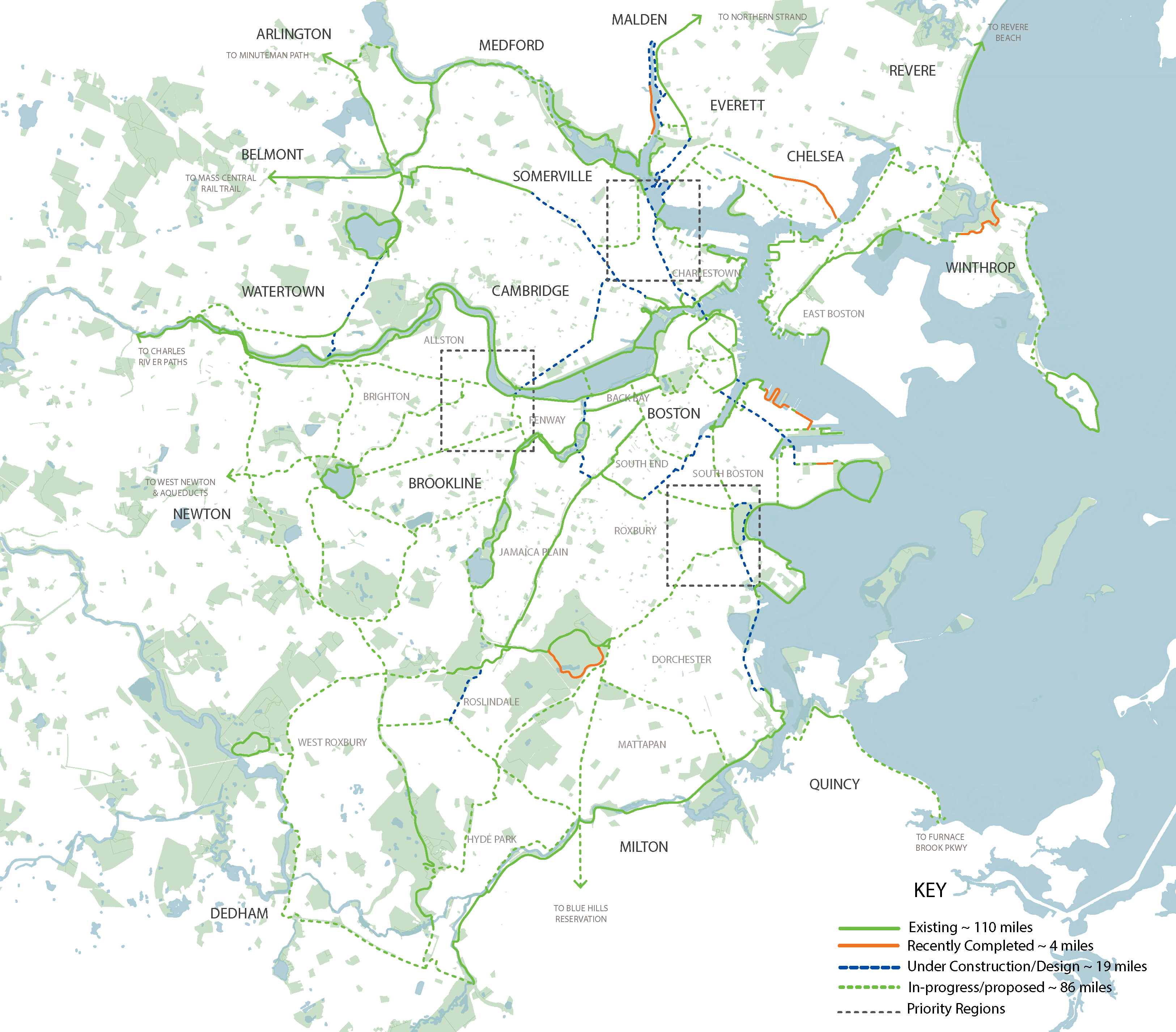 This area is undergoing immense transformation in the coming years, and greenways are going to be a big part of that process. The Mystic River Watershed Association has been leading the way on cleaning the river, coordinating programming, and improving access through their Mystic Greenways Initiative for many years. There are multiple projects currently underway, including paths along the Malden River, the Northern Strand Extension, Rutherford Avenue, and the Somerville Community Path. 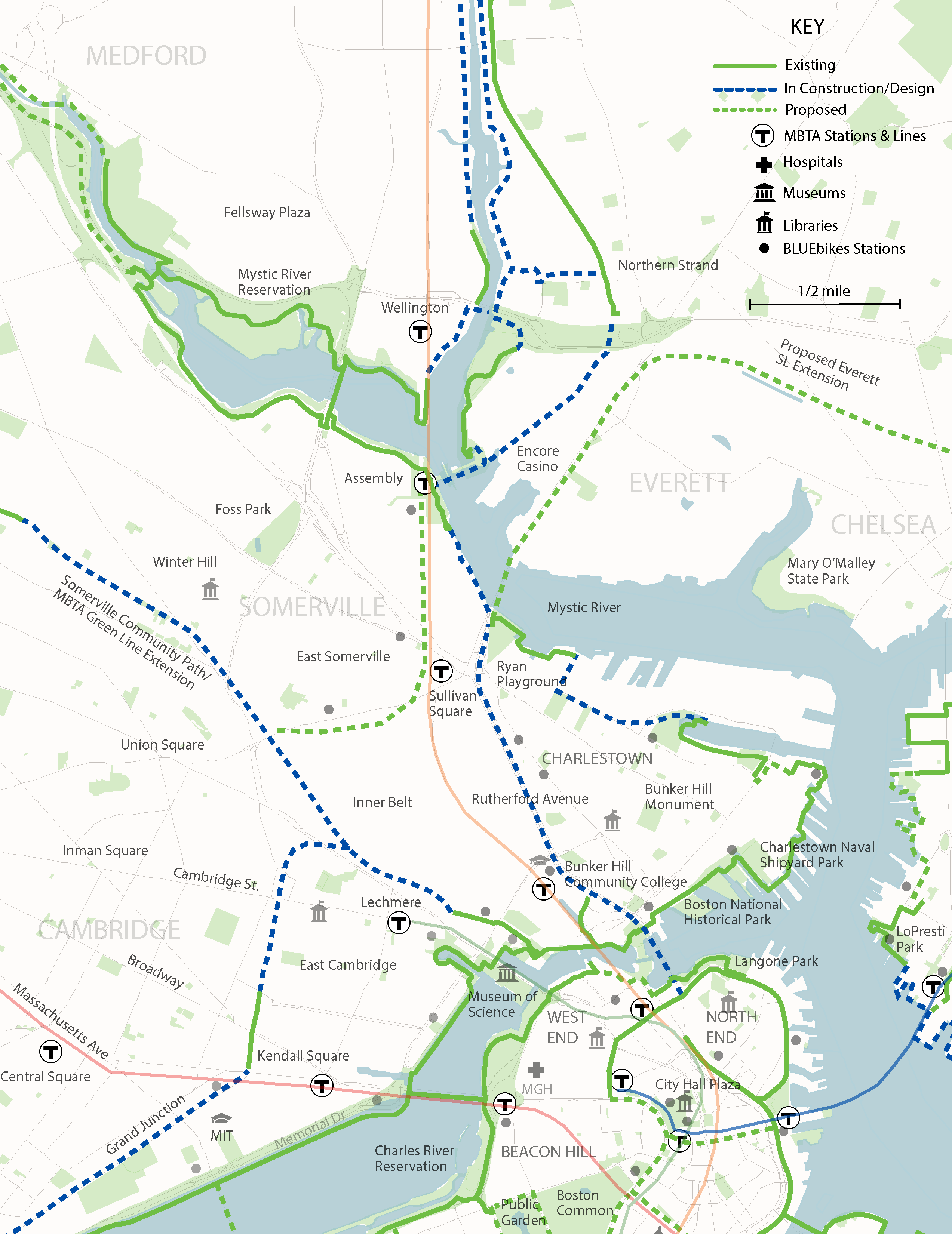 With the realignment of I-90, the expansion of Harvard in Lower Allston, and the imminent construction of West Station, this area of Allston is emerging as an exciting new multi-modal gateway to Cambridge, downtown Boston, Back Bay, and the Longwood Medical Area. Ensuring connections along the Grand Junction Path, Commonwealth Avenue, Beacon Street, and the People's Pike will ensure that this crossroads reflects the polycentric nature of the city. 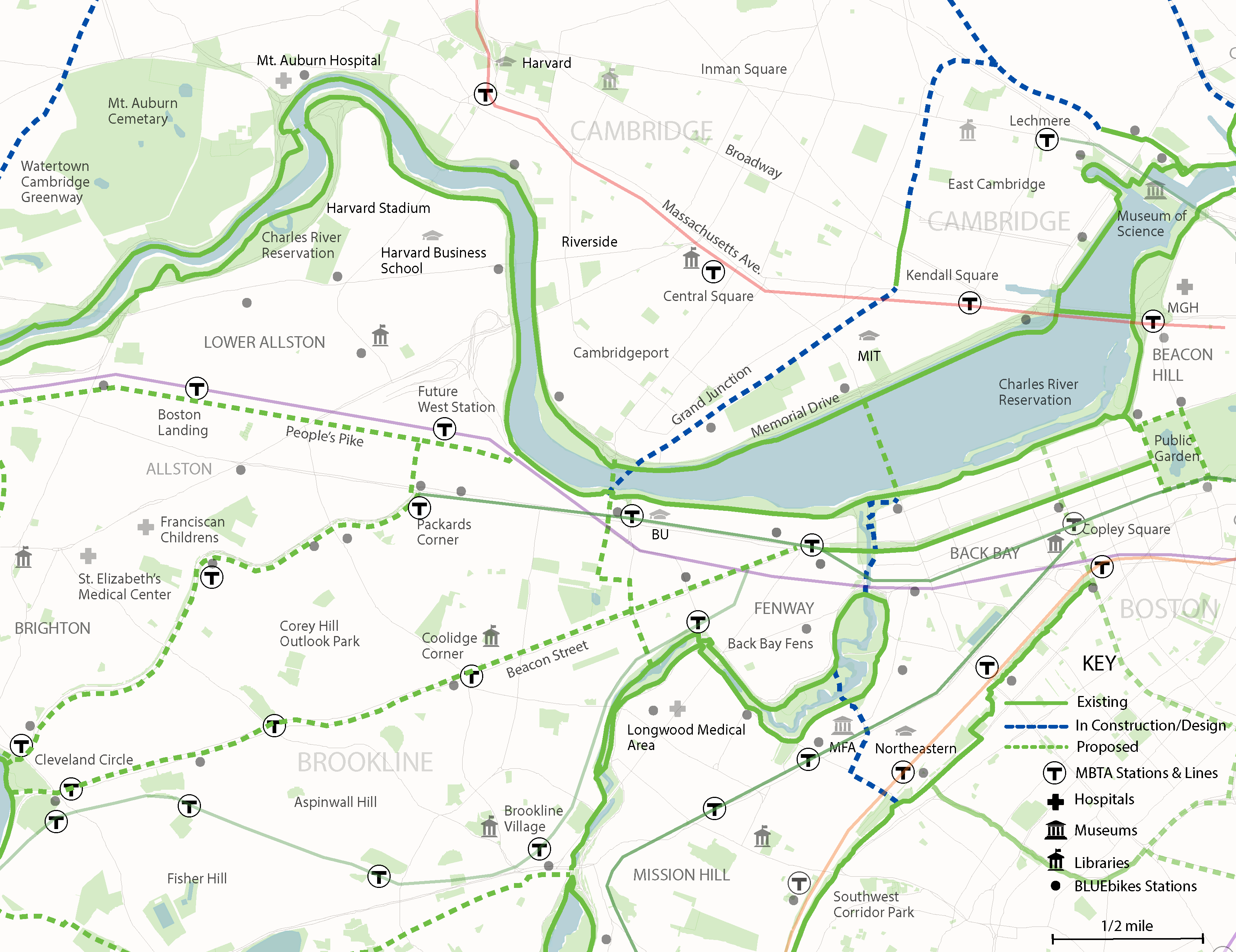 The City of Boston is currently funding a complete redesign of Moakley Park (Boston's second largest park), while simultaneously thinking about waterfront protection against rising storm surges. Multiple street redesign projects that funnel into Moakley Park are in progress or proposed, including Morrissey Boulevard connecting the Neponset River to Moakley, Columbia Road connecting Franklin Park and Moakley, and connections north into Downtown Boston, the Seaport, and east towards the Longwood Medical Area. These projects can simultaneously enhance Boston's largest waterfront park and create important connections to recreation and jobs. 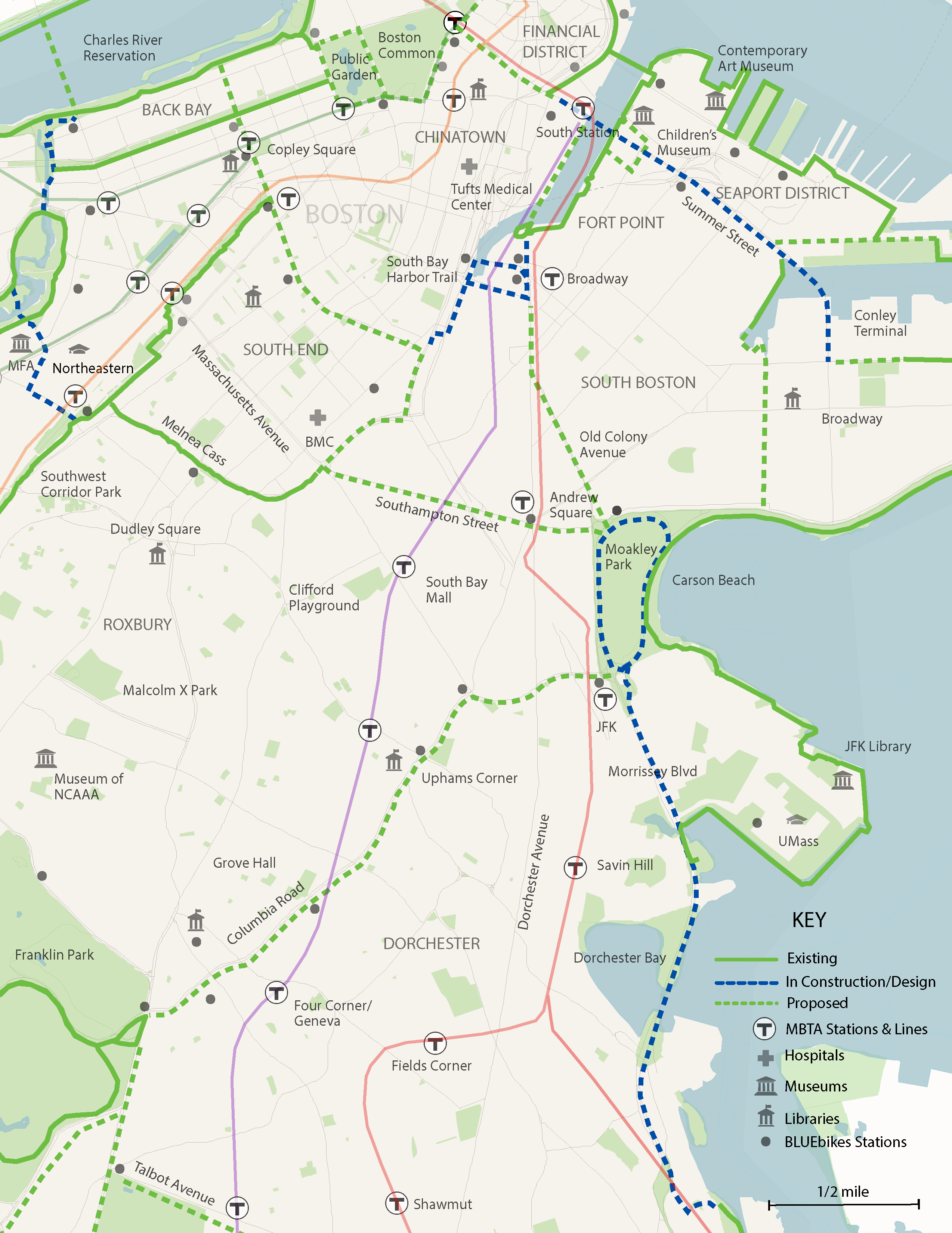 Interested in keeping up with the progress of these projects? Get the latest news and Greenway Stories delivered straight to your inbox each quarter by subscribing to our newsletter: