EXPERT OPINION: A transportation vision for the 2020s

The classic New England village was built around walking, and communities across Massachusetts would benefit from doubling down on that strength in the 2020s. In Greater Boston, this includes borrowing from Olmsted’s Emerald Necklace to create an Emerald Network of shared-use walking and biking paths that connect the region’s diverse neighborhoods and job centers. Across the state, this means investing in economically vibrant, livable city and town centers that are safe and comfortable for everyone because they are oriented more to humans and less to automobiles.

Tony Lechuga, the Emerald Network program manager with the LivableStreets Alliance, said that at an April 11 meeting with the DCR commissioner transit advocates were told that the agency was looking at additional protections based on new thinking around climate issues.

“They’ve been very unclear about when we can see new designs,” Lechuga said, noting the project website still says the redesign will be at 75 percent in 2018. “DCR has often been a closed book to us and for me personally it has been extremely frustrating because we have made a good-faith effort to say this is a project that we fully support.”

“For us, this was about building momentum. There has been an abundance of talk without action all along the corridor, so the community definitely feels some skepticism and fatigue around promises,” Lechuga explained. “Therefore, the goal of collaborating with Northeastern was to begin a discussion about what the community wants the corridor to look and feel like. I imagined that ideally, over the semester, the students would begin having conversations with the community that would help with our gathering of perspectives and that they would possibly help identify particular areas of community concern.”

Proponents Outline Next Steps for Greenway Over Tunnel Cap

Advocates for a “Dot Greenway” on top of the Red Line tunnel cap between Park and Ashmont Streets announced a new fiscal partnership with LivableStreets and reviewed the potential timeline for this $5-7 million project at a meeting on Tuesday night.

Back in the Harness: Planning to Upgrade Columbia Road

In an interview with the Reporter, Tony Lechuga, the Emerald Network program manager at LivableStreets, said he hopes the organization’s new online survey will jump start the planning process. “Our thinking with the survey,” he said, “was that we want it to be a community-driven process. So, to start, what are the concerns and the values that people all along the corridor share? Where is there common ground?”

"The expansion complements the Emerald Network, a growing system of off-road bike paths connecting communities, and allows stress-free travel throughout the region. The Arlington and Watertown paths will soon be joined through the Watertown-Cambridge Greenway– a critical piece of the broader network."

According to Professor Robert L. Ryan, FASLA, Chair of the Department of Landscape Architecture and Regional Planning at the University of Massachusetts-Amherst and UMTC Affiliate Researcher, “Boston has long been a leader in alternative transportation through its commitment to the historic Emerald Necklace of parks and trails.  Recent efforts to complete this historic vision are the exciting new Emerald Network project.”

Designing cities and making them a success is a very complicated process. More and more cross-pollination; more and more on the ground action is key. - Nidhi Gulati, Emerald Network Program Manager

Some, like Dorchester resident Lynn Holmgren with the Livable Streets Alliance, wanted an even lower speed limit. “At a minimum, the speed limit on Morrissey Blvd should be reduced from 40 to 30 mph,” she wrote. “The road must also be designed in a way that will help to self-enforce the speed limit and restrict large trucks. Removing concrete medians, narrowing travel lane widths, and rethinking curb offsets are several ways to achieve this.”

Listen to the episode here.

Boston Planners See a Greenway Where There's a High-Traffic Road

Nidhi Gulati, program manager at LivableStreets Alliance, says that the focus should be on slowing traffic, making walking and biking more pleasant, and building an amenity for the people living along Columbia Road... “The bigger challenge is how do we tie the mini-neighborhoods together?” says Gulati. She says that planners will also need to address concerns about displacement and gentrification in Dorchester, where housing prices have climbed.

"Nidhi Gulati, the Emerald Network Program Manager, said that she hopes to see 70 new miles of greenway over the next 15 years, noting that building such a system offers flexibility, with a number of ways to connect them. “What we can do is build safe connections so that you can hop from green to green."

"Watertown's Senior Planner Gideon Schriber said work would extend an existing spur of the Watertown-Cambridge Greenway from where it empties onto Arsenal Street, next to the Watertown Mall Best Buy location, through Arsenal Park to the North Beacon Street Bridge.

The LivableStreets Alliance is helping the Town of Watertown Bicycle and Pedestrian Committee design the path over the next year."

Local organizations Live Well Watertown, LiveableStreets, the Watertown Bike and Pedestrian Committee, and others celebrated the Charles River pathway and riverfront park’s renovation that was completed in recent months.

The View From the Street

"Beatman said that the American Legion corridor study grant was one of six projects selected. The MHMC membership agreed that the grant will be a great help to getting the improvements that they have been pushing for over many years."

“This is the future,” exclaimed LivableStreets Executive Director Jackie Douglas, “greenway paths that are linked together so that
you can move continuously from one path to another. Safe, accessible, off-road paths and their low-traffic stress connections
are simply a better way to get around the city.”

“We’re excited by Livable Street’s Emerald Network initiative...It’s a perfect pairing with Boston’s Green Links project — a plan to provide walking and biking connections for all residents to Boston’s largest parks. The Emerald Network takes Boston’s local plan to scale in the region. It sets a vision for connecting our communities, improving mobility and increasing access to this region’s parks. We look forward to continuing our work with them on this effort.” - Chris Osgood, Boston Chief of Streets

Group has a goal: A regional path network

“Boston has a historic legacy of greenways and linear parks, which we appreciate, but our current systems could be better connected to continue work that has been done for 100 years.” - Amber Christofferson, Program Manager, Emerald Network Initiative

"Our streets should be focused on people, and be public spaces where people can get to where they want to go safely, efficiently, affordably and enjoyably," LivableStreets' deputy director Stacy Thompson said.

WalkUP Roslindale, Livable Streets and Tufts University are proposing a new bicycle and pedestrian path that would let people get from the Roslindale Village T stop to Forest Hills without having to step foot on Washington Street. 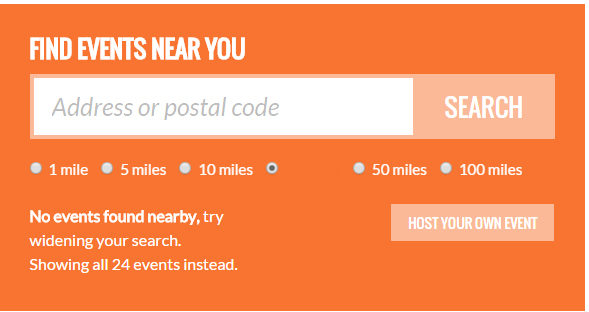