When Lisa Beatman found out that none of the children who lived along her street were allowed to play outside in front of their homes, she didn’t need to ask why. During a span of 18 months there had been three fatal crashes, 50 injuries, and over 200 traffic crashes on American Legion Highway near her home. Each day she witnessed the speeding, cut-through traffic that created a hostile and dangerous environment for anyone on the street. “We’d become resigned to it. Constantly complaining to each other wasn’t getting us anywhere. I knew we needed to take some action.” 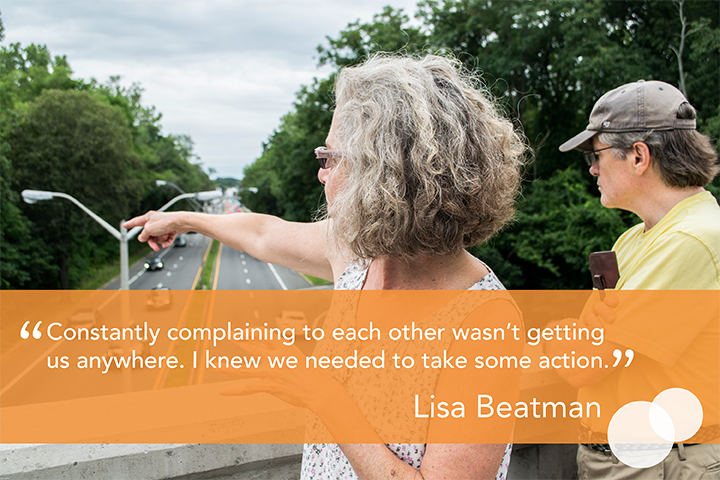 Lisa and her neighbors connected with other advocates from WalkUP Roslindale, Rozzie Bikes, and Mattapan Food and Fitness Coalition to learn more about advocating for neighborhood livability, walkability, and bikeability. Lisa helped organize a bike tour of American Legion Highway. “It was frightening at first, but then, as a group, we saw how much potential it had to be fun and easy,” Lisa says. “People were simply amazed to think that they could walk or bike to shopping plazas, the Boston Nature Center, the grocery store or other local destinations.” 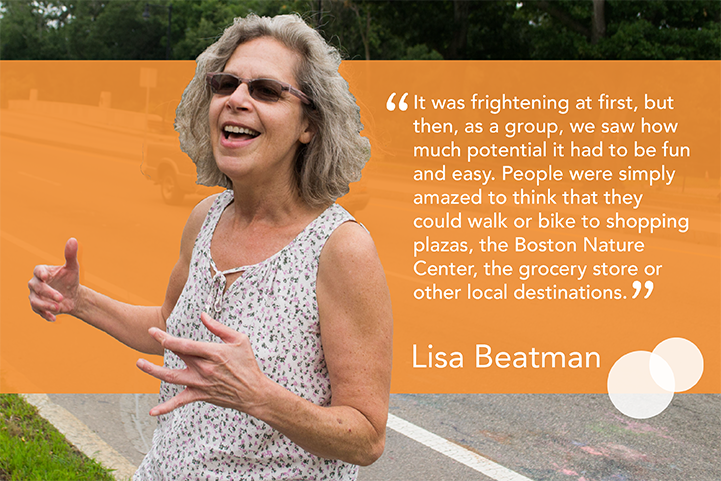 In 2016, Lisa and the American Legion Corridor Coalition successfully applied to LivableStreets’ Greenway Partners Program to receive technical support and mentorship to develop their project. As one of the proposed links in the 200+ mile Emerald Network, the American Legion Greenway would connect the various public and semi-public green infrastructure segments and open spaces along it — including Boston’s largest public space, Franklin Park — while also creating a critical north-south route for non-motorized modes of transportation. "I realized that enforcement and education were not enough. That it was going to take redesigning this road before anything would change, says Lisa. "LivableStreets was able to connect us with invaluable partners like the Northeastern University Civil and Environmental Engineering Department, which completed a comprehensive road redesign study of American Legion." 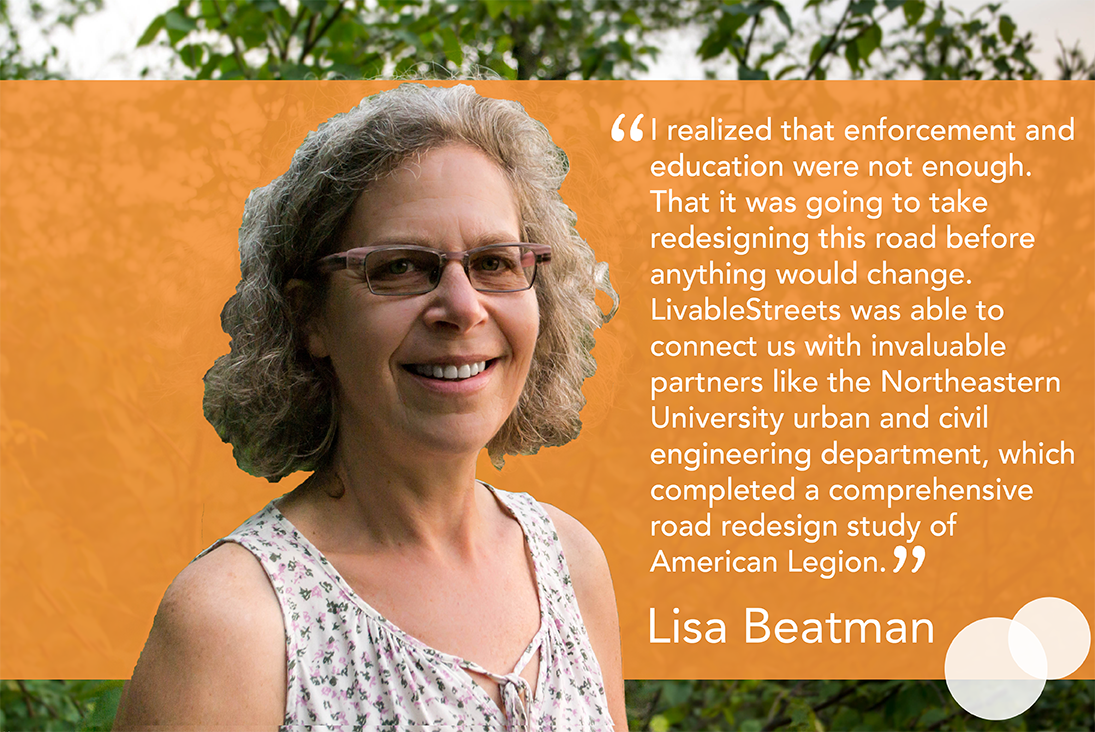 This year will be Lisa’s second Tour de Streets. She loves watching children get a chance to fearlessly navigate downtown streets on the family ride and pinning on her American Legion Greenway team bibs. “It’s incredibly inspiring to be a part of this community,” she says.