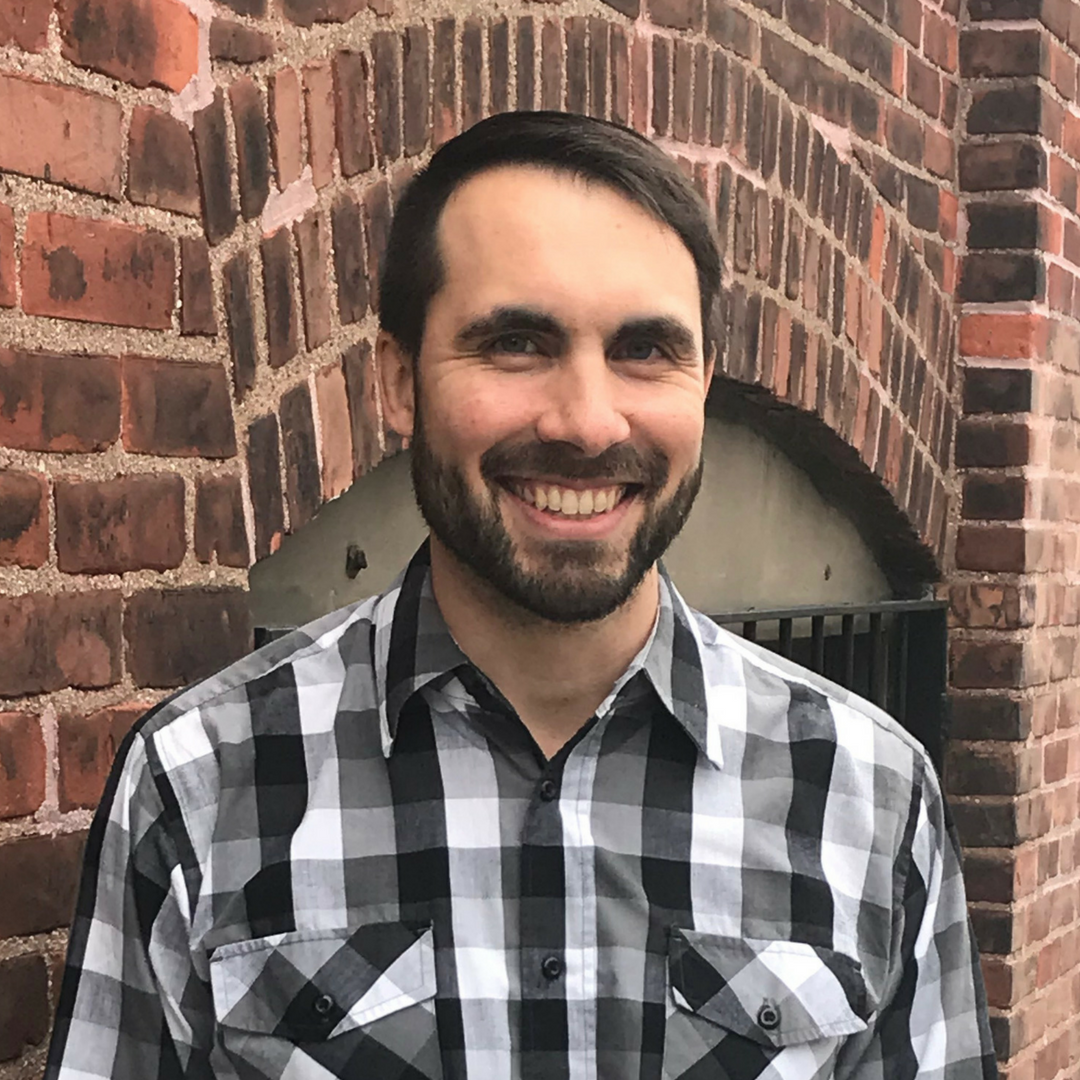 Tony is the Program Manager for the Emerald Network, managing all aspects of the program including advocacy, project oversight, and technical assistance. As someone who often uses multiple modes to travel Boston’s streets and greenways, Tony tries to recognize the lived experience of spaces from all angles.

Previously, Tony worked with the Boston pedestrian advocacy group WalkBoston, while completing a Master of Arts in Urban and Environmental Policy and Planning at Tufts University. Before that he worked as a public school teacher for five years in his hometown of Denver, Colorado. Teaching middle school social studies taught Tony the value of patience, creativity, and varied perspectives, which he sees as necessary to working with and across diverse groups. 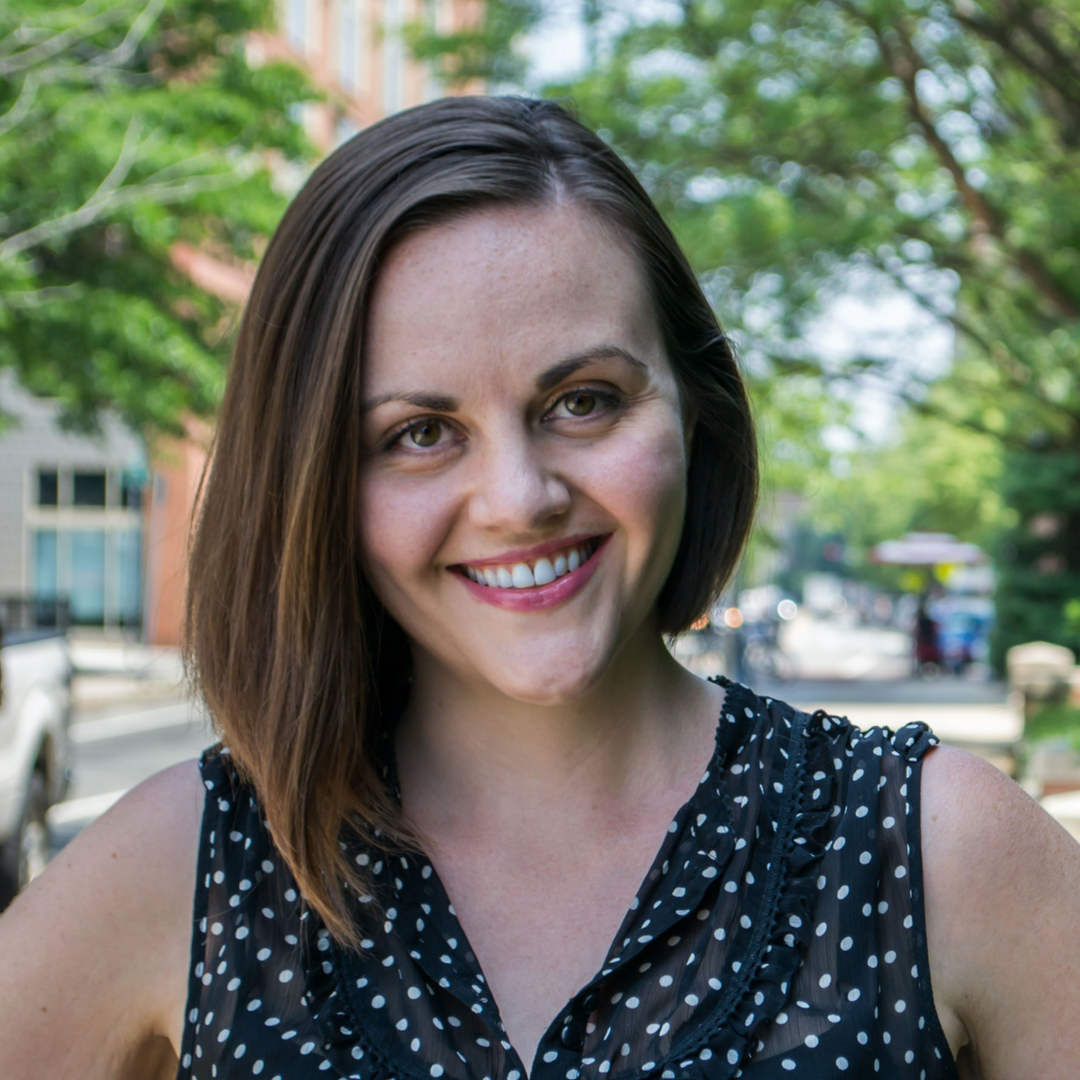 Stacy is the Executive Director of LivableStreets, overseeing all programs including Vision Zero, Better Buses, and the Emerald Network, and ensuring overall programmatic and operational excellence for the organization.

A relentless optimist, Stacy is undaunted by the many challenges facing Metro Boston today, including access to jobs and affordable housing, improving safety and public health outcomes, and building climate resiliency. She believes the City can address these challenges head on by improving one of our most important systems- transportation. Stacy believes that improving our streets isn’t simply a transportation issue, but one of justice, equity, and opportunity.

Previously, Stacy served as the Director of Events & Sponsorship at Ceres, where she developed the strategic focus, content, and communications for Ceres' major events. She also worked for the Office for Peace and Justice at the Archdiocese of Chicago where she collaborated with community partners to organize educational forums and supported a broad array of social justice initiatives. She has a Master of Arts in Social Justice from Loyola University, Chicago and a Bachelor of Arts in Religious Education from Saint Vincent College. 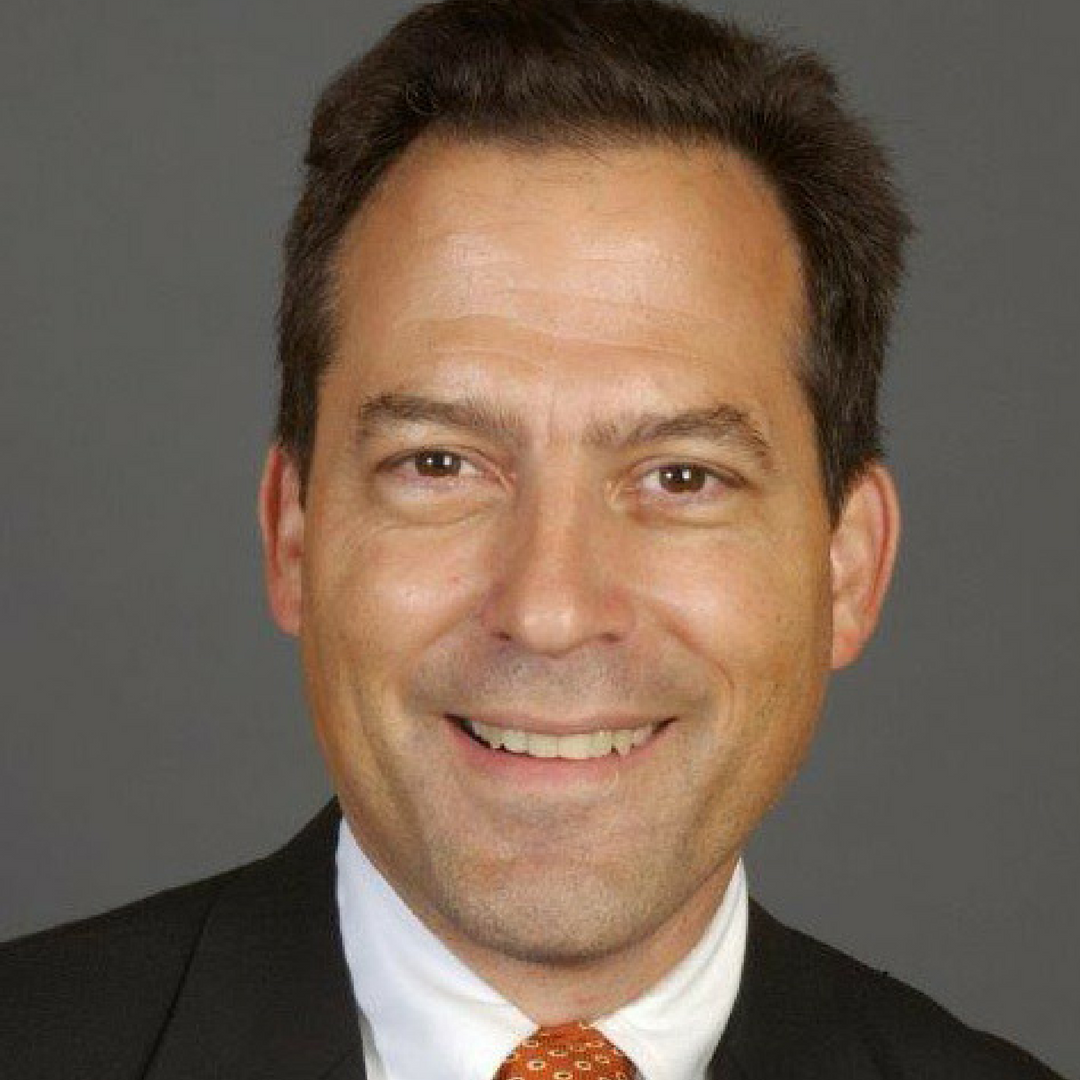 Matthew Kiefer is a land use attorney at Goulston & Storrs, focusing on obtaining site control and development approvals from public agencies for complex urban projects.  These include market-oriented and affordable housing, commercial and mixed-use developments, and facilities and master plans for educational, cultural and health-care institutions.  He co-chairs the firm’s Climate Change Resilience Task Force.  He is the Chair of the Boston Municipal Research Bureau, which supports best practices in municipal governance, and co-chairs the Council of Advisors of Historic Boston, a non-profit redeveloper of historic buildings. He serves on the Advisory Board and Management Committee of ULI Boston. He is a Fellow of the American College of Real Estate Lawyers and was a Loeb Fellow at the Harvard Graduate School of Design. He has taught in the urban planning programs at MIT and Harvard and has written on land use law and policy for numerous publications. 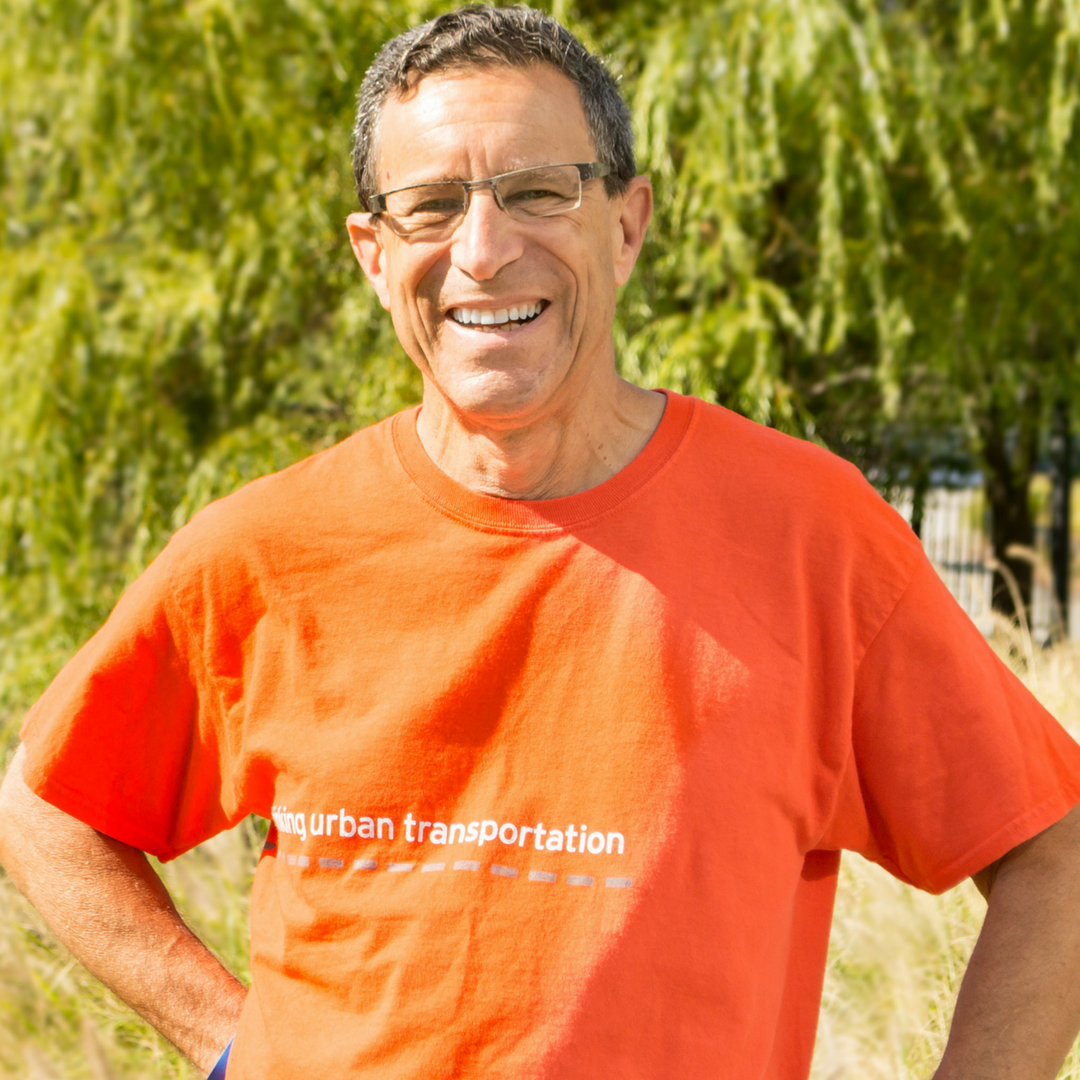 Steve was the co-founder of Boston's Hub On Wheels Bike festival and was subsequently a Gubernatorial appointee on the state’s Bicycle and Pedestrian Advisory Board. He was Board Chair of TechBoston Academy, a public pilot high school whose achievements were honored by a visit from President Barak Obama in 2010, and led Mass Networks’ NetDay Campaigns that mobilized over 20,000 volunteers across the state to help network schools for technology-facilitated education reform – leading to an invitation to present at President Clinton's 1999 National Education Summit. Previously, working with state union leaders, he helped found the Massachusetts’ Coalition for Occupational Health & Safety, which just celebrated its 45th year. He has also worked in high tech, helping with the start-up of Lotus Development Corporation then, after a fellowship at the Kennedy School of Government, becoming Director of Strategic Planning for the Commonwealth’s Office of Management Information Systems. Steve has served on the national boards of Computer Professionals for Social Responsibility (CPSR), the Consortium for School Networks (CoSN), and as chair of Grassroots International (GRI). Miller has published four books on public policy, hosted a radio discussion show, and was the on-screen Science & Technology Commentator for a national cable network. He currently publishes a weekly blog titled, “The Public Way: Transportation, Health, and Livable Communities.”

This is done totally without JavaScript. Just HTML and CSS. Adding lots of text to make it overflow. 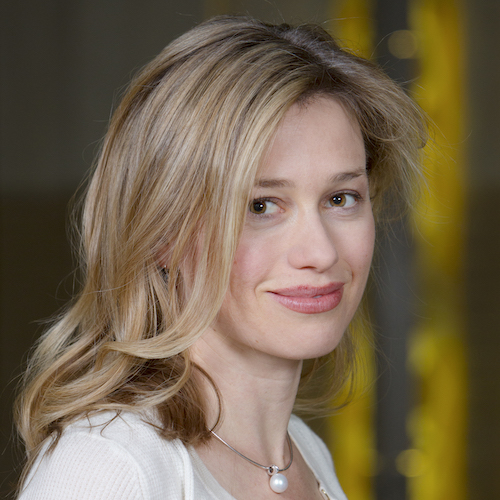 Julia Kane Africa is a biophilic design and wellness consultant. She led the Nature and Health program at the Center for Health and the Global Environment, an academic research center at the Harvard T.H. Chan School of Public Health, from 2012-2017. In this role, she explored the ways in which nature (parks and green spaces) and natural design cues (natural features in built environment settings) in urban settings support psychological and physiological health and resilience. Ms. Africa has completed graduate coursework in environmental health, exposure assessment, and sustainable design at the Harvard T.H. Chan School of Public Health and the Harvard Graduate School of Design (MDesS conferred in 2011). She is delighted to support the Emerald Network Initiative and is also a member of both the International Living Future Institute's Biophilic Design Advisory Board and the Biophilic Cities Network Advisory Group. 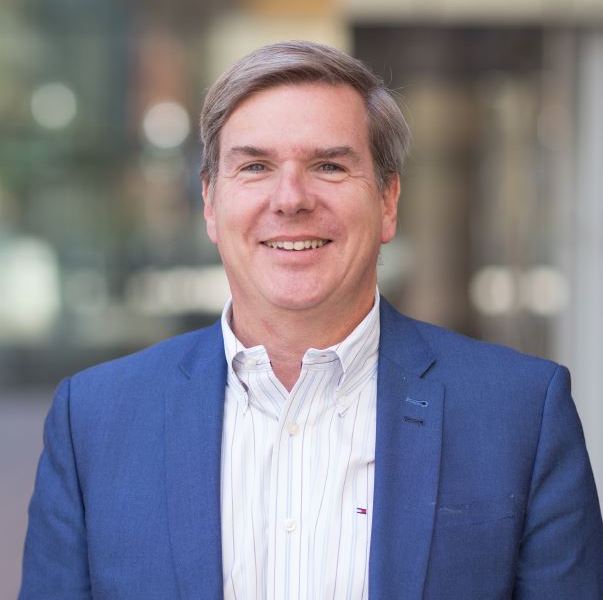 Greg has over 30 years of experience in real estate development within both the public and private sectors, with a focus on the planning and permitting of large-scale, mixed-use urban redevelopment projects. At Redgate, Greg directs site acquisition, due diligence and financing activities for our investment projects. He is skilled at identifying promising sites for new urban neighborhoods and creating development outcomes that work for all constituencies. Greg also serves as a member of the Investment Committee.

Prior to joining Redgate, Greg served as Cabinet Secretary for the Executive Office of Housing and Economic Development for the Commonwealth of Massachusetts and was actively engaged in promoting mixed-use transit-oriented developments that included multifamily housing. Under Greg’s leadership, his office received the Robert C. Larson Workforce Housing Public Policy Award from the Urban Land Institute in 2013. 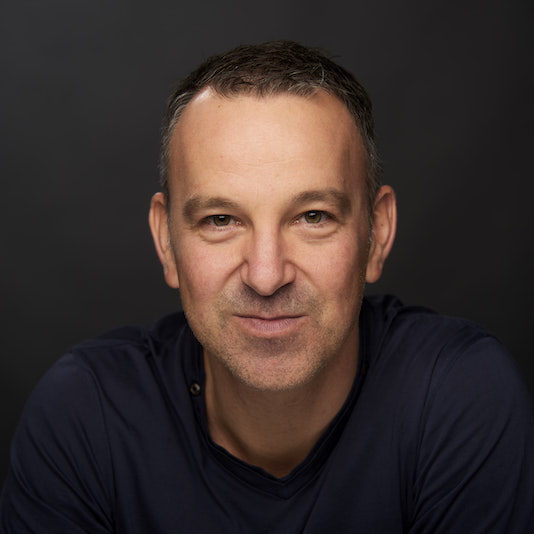 Lee Moreau is VP, Design at EPAM Continuum, a design and innovation consultancy based in Boston. As an architect turned strategist, he combines a unique capacity for complex systems thinking with a deeply empathic perspective, which he uses to critically engage and re-imagine the contemporary world. Through creative consulting engagements, Lee helps his clients lead efforts to understand their customers’ needs and values, implement new ideas and offerings, transform customer experiences, and foster cultural change within their organizations.

Lee has led service and experience design projects for a diverse group of clients -- such as Southwest Airlines, BBVA, Staples, P&G, Chili’s and Kaiser Permanente -- that blur the boundaries between content and experience. Through research, analysis, and imagination, Lee helps Continuum’s clients understand their entanglement within their own complex set of cultural, material, and economic circumstances. Prior to joining Continuum, Lee was the Director of Environments at 2x4, an internationally recognized design firm, where he led projects for clients such as Novartis, Nike, Lincoln Center, and the MoMA Design Store. Previously, he worked as a designer at IDEO and at the Rockwell Group. 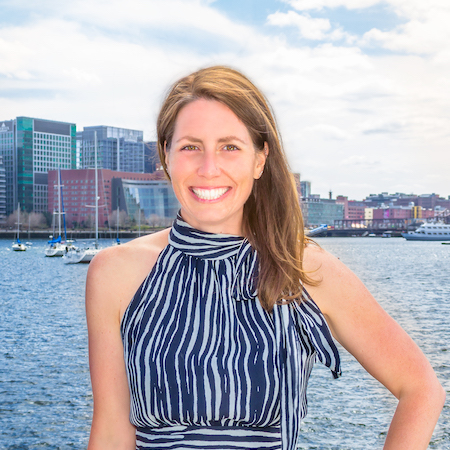 Alice is the Director of Planning at Boston Harbor Now where she is working to improve access and resilience along the Harborwalk, on the Boston Harbor Islands, and across the watersheet. Her work primarily focuses on expanding mobility choices and activating open spaces.

Prior to joining Boston Harbor Now, Alice was the project manager for Go Boston 2030, Boston’s citywide mobility plan. In 2013, she worked at LivableStreets on the original framework for what is now the Emerald Network. She has also worked on disaster recovery and resilience projects at Sasaki, on bicycle network planning at Boston Bikes, and as a middle and high school math teacher.

Alice holds bachelors degrees in math philosophy from the Ohio State University, an masters in teaching from Pace University, and an MUP from Harvard’s Graduate School of Design. 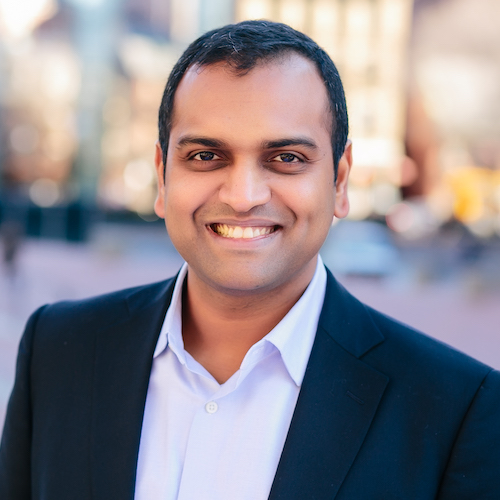 Kishore Varanasi is an award-winning urban designer, strategist, innovator, teacher, and writer, with a wide ranging influence on both the public and private sectors locally and internationally. His work involves the rejuvenation of downtowns and waterfronts, master planning for urban institutions and new communities, and design of large mixed-use projects. Kishore’s innovative contributions stem from his ability to create viable and sustainable mixed-use neighborhoods which strategically blend the interests of residents, government entities, and developers by inspiring creative collaborations and fresh approaches to community building.

Kishore works around the globe to produce future-ready precincts, neighborhoods, and cities. His notable recent work includes master planning for Masdar City in Abu Dhabi, Lincoln Yards in Chicago, Cambridge Crossing, and Suffolk Downs in Boston. He holds a graduate degree in urbanism from MIT and is a regular visiting critic and lecturer at various institutions including MIT, Harvard University, Roger Williams University, Yale University, and the Boston Architectural College. 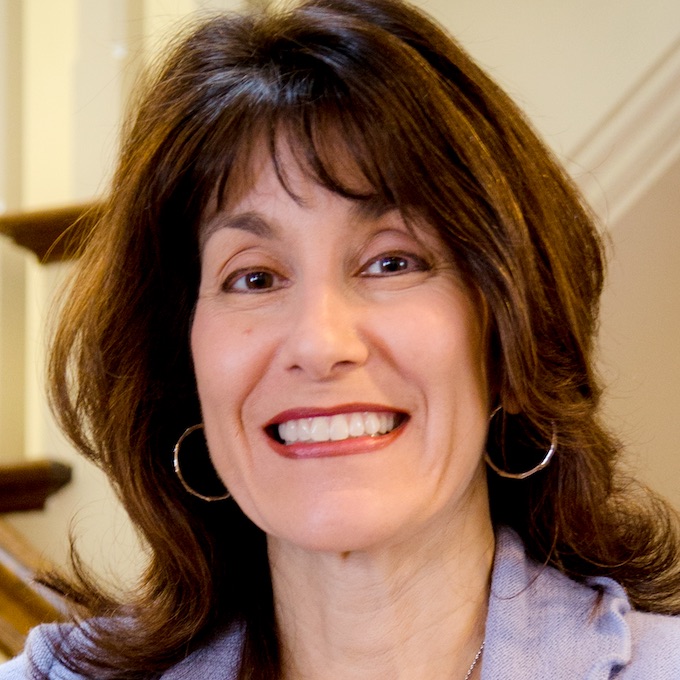 Michelle has over two decades of experience working in municipal government with a focus on transportation, bicycle and pedestrian mobility. She actively advocates for alternative and healthy transportation modes, and is particularly focused on expanding complete streets for all users. She has participated in the development of town bylaws governing the use of trails, parks, bicycles, and other pedestrian issues.

For more than 8 years Michelle served as the Municipal Coordinator responsible for developing the first phase of the Assabet River Rail Trail (ARRT), a 5-town, 12.5 mile, rails-to-trails project. She has worked with other communities and stakeholders to advance both the Bruce Freeman Rail Trail and the Mass. Central Rail Trail.

Michelle was an active participant on the Plan Review Committee for the Regional Bike Plan produced by the Boston Metropolitan Area Planning Council (MAPC) and she helped to conceive of and developed the state’s Complete Streets legislation, Chapter 90-I. Through Metrowest Moves (MwM), a Mass in Motion initiative, she was instrumental in developing a bicycle and pedestrian computer-based prioritization tool that will allow for better capital planning to incorporate user-utility into decision making. That effort was undertaken by MAPC as the consultant in collaboration with the three MwM communities, and has since been rolled out as a state-wide tool by MAPC. 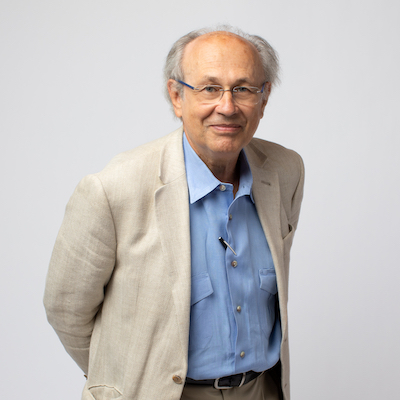 Alex Krieger is Professor of Urban Design at the Harvard Graduate School of Design and principal at NBBJ, a global architecture and planning firm. He has directed urban design and urban waterfront projects in American and international cities, including the reconstruction of the Bund in Shanghai. Former chair of the Department of Urban Planning and Design, Director of the Urban Design Degree Programs, and the Director of the NEA Mayor’s Institute on City Design, he remains an advisor to mayors and their planning staffs, and serves on a number of boards and commissions, including the U. S. Fine Arts Commission.

His advocacy for an expanded green network began with a 1988 editorial in the Boston Globe, co-authored with Anne Mackin, entitled: Time is Ripe to Restore a Lost Jewel to the Emerald Necklace, on behalf of Columbia Road.

This is done totally without JavaScript. Just HTML and CSS. Adding lots of text to make it overflow.